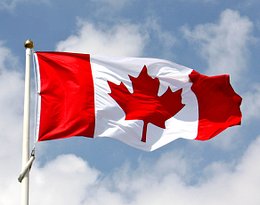 "Oh, Canada, our home and native land ..."  begins Canada's National Anthem.  Canada is the Second Largest country in the World in land area.  USA is number five.  Wonderful, warm, friendly people - our neighbors to the North, and there is much to see and enjoy.  We offer more than 100 tours to Canada, mostly to the 5 Eastern Provinces - Ontario and Toronto are in English Canada, Montreal and Quebec City are in French Canada, Atlantic Canada - the Maritimes - include bi-lingual New Brunswick and Lobster Capital Prince Edward Island, plus Cape Breton Island, part of Nova Scotia with its capital and Parliament located in Halifax.

Train Tours, Motorcoach Tours - you can even take a High Speed Ferry from Maine to Nova Scotia.  Hearty Canadian food (try the poutine).  Only a  6 hour drive from New York City - you can be in Montreal in time for a late lunch.  We share much history and culture with our Canadian friends - Niagara Falls separate our two countries.

See it ALL at ... CanadaScenicTours.com

Just one of Many Stunning Sights You will See on

Our Fabulous Tours  to  Canada ...

See it ALL at ... CanadaScenicTours.com